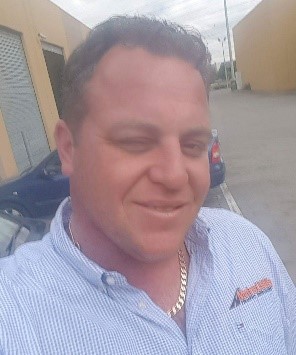 Shannon has been involved in the traffic management industry for 8 years now. He had been in the workforce since the age of 15 working full-time in the fruit & veg section of the local supermarket. Once turning 18 he decided on a career change and started working at the newly opened casino as a bartender which helped him develop the strong people skills that he has today.

From there he worked at the docks in Port Melbourne for a year before starting out as a traffic controller for various companies. It was there where he developed his skills and knowledge of the traffic management industry, the codes of practice and Australian standards.

In January 2010, he was offered a role as the operations manager at Metro Utility Traffic Services. During his time at the company, he has mastered the skills to create TMP’S and management systems to obtain a VicRoads Pre-Qualification; next on the list was to build a relationship with local councils and VicRoads whilst starting a new client base & hiring  staff that have made Metro Utility Traffic Services into the-successful business it is today.

Shannon has always had a strong passion for the company he helped build and in 2015 he was given the opportunity to take over the company. He is now the managing director and will continue to provide a personal touch whilst expanding the business into other regions of Melbourne. This is all to ensure Metro Utility Traffic Services can provide the best service for its clients all over Victoria and beyond.

Wayne has been in the industry for over 6 years now. Once finishing year 12 & completing his VCE he went into the hotel industry working at the Marriott hotel in Melbourne’s CBD where he worked his way into management role. After his adventures travelling the world and letting his hair down Wayne was no longer happy to be cooped up in an office so gave traffic management a go.

Wayne Joined Metro Utility Traffic Services as a Traffic Controller in 2010 when the company first opened. After a few months, Wayne was looking to gain further experience with a bigger, more established company to build his knowledge and know-how. After 10 months he was given a chance to join the operations side of the company where he started on the path to becoming the high quality TMP & TGS drawer that he is today.

Whilst Wayne was devolving his skills & knowledge elsewhere, Metro Utility Traffic Services had grown and required a new works coordinator to assist with the demanding workload. In 2012, Shannon, who has been a lifelong friend of Wayne’s, asked him if he would like to take on the new role and help him build the company into the success that it has become today, which he embraced with open arms.

During his time as works coordinator, Wayne has developed a strong relationship with local councils & VicRoads whilst building a reputation as one of the best TMP drawers in the industry. In 2015 Wayne took over as Operations Manager with the company and has not looked back